The Centers for Disease Control and Prevention (CDC) recently released new guidelines on screening passengers from West African countries before they travel. The Association of State and Territorial Health Officials says the CDC’s guidance is “outdated” which could lead to racial profiling, increased medical costs, and preventative safety measures that may not be worth it.

The “27 covid cases” is a CDC Cruise Guidance that was released on October 27, 2018. This document has been criticized by ASTA for not having enough information in it. 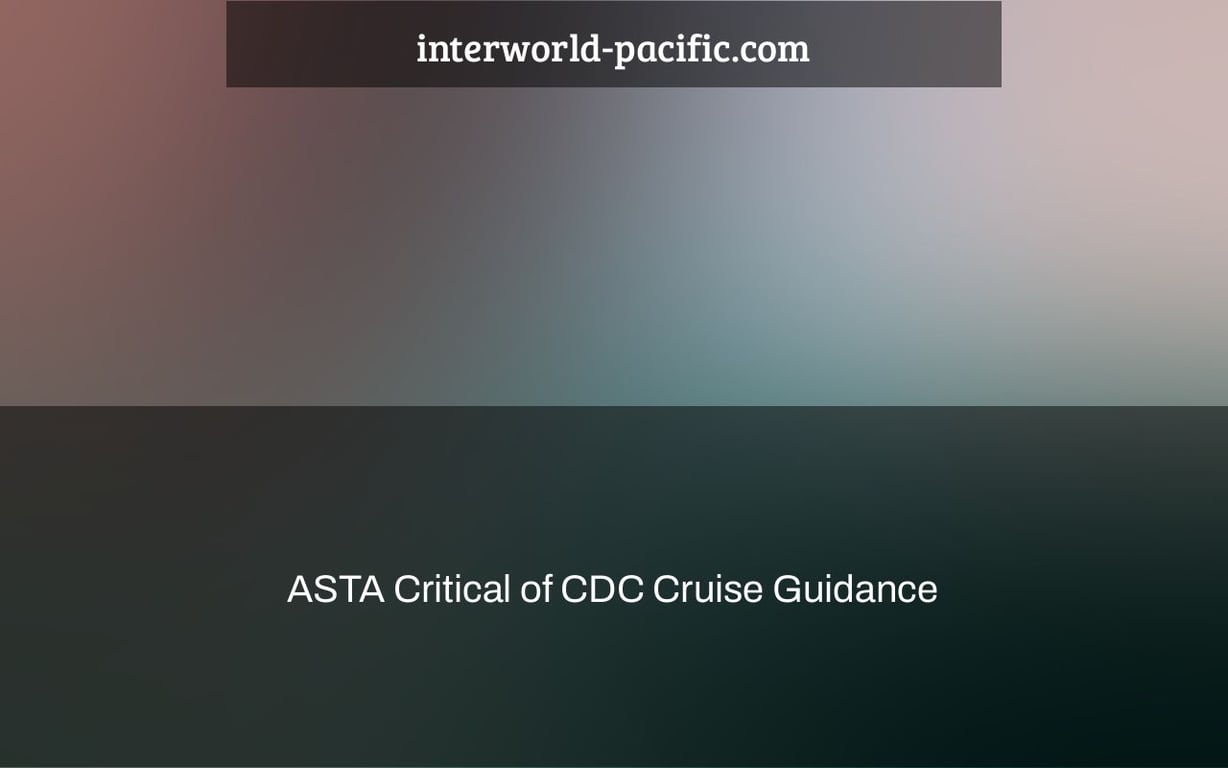 The Centers for Disease Control and Prevention (CDC) updated their cruising advice, upgrading it from Level 3 to Level 4, the most severe level.

Many people have criticized this move, claiming that cruising, with all of its safety standards in place—including immunization and testing—is now one of the safest modes of transportation.

ASTA’s president and CEO, Zane Kerby, said this in a statement urging the government to cease “crippling” the cruise industry.

“Given the global surge caused by the highly transmissible omicron form, an increase in reported COVID cases aboard cruise ships should come as no surprise.” “according to the statement “The difference between a cruise vacation and a trip to the grocery store or a restaurant is the cruise lines’ voluntarily implemented anti-COVID procedures, which were developed in close collaboration with the CDC. Testing, immunization, cleanliness, mask-wearing, and other science-backed procedures, as well as processes to react to probable COVID-19 cases, are among these efforts.

“If the typical cruise ship were a state in the United States, it would be the safest by far.” Since cruising resumed in the United States in June 2021, Royal Caribbean Group ships have transported 1.1 million passengers, with 1,745 persons testing positive — a positivity rate of 0.02 percent. As of January 4, Alaska had the lowest optimism rating of 9.4 percent, while Georgia had the highest at 38.7 percent.”

Kerby went on to say that cruising isn’t to blame for the development of COVID-19 any more than South African passengers are.

“We continue to see knee-jerk responses that single out travel as a target for discrimination,” Kerby added. “When COVID caseloads grow or new variations arise, travel takes a blow since it is controlled more rigorously than other activities.” It reminds me of the old adage, “Everything seems like a nail when all you have is a hammer.” This trend must be broken.

“Recently, the administration has demonstrated flexibility in its anti-COVID efforts, notably the decision to relax the November 26 travel restriction on eight Southern African nations.” We urge it to do the same in this case. At this point in the pandemic, we have the tools we need to tackle the virus without destroying an entire sector of the US economy. Let’s put them to good use.”

Norwegian Cruise Line Cancels Sailings on 8 Ships, Some Into April