Celebrity Cruises is launching a new holiday windows display at Saks Fifth Avenue. This will be the first time in history that one of Celebrity’s ships has appeared on New York City’s famed 5th Avenue, and it marks an important milestone for both companies which have been working together to market their brands internationally. 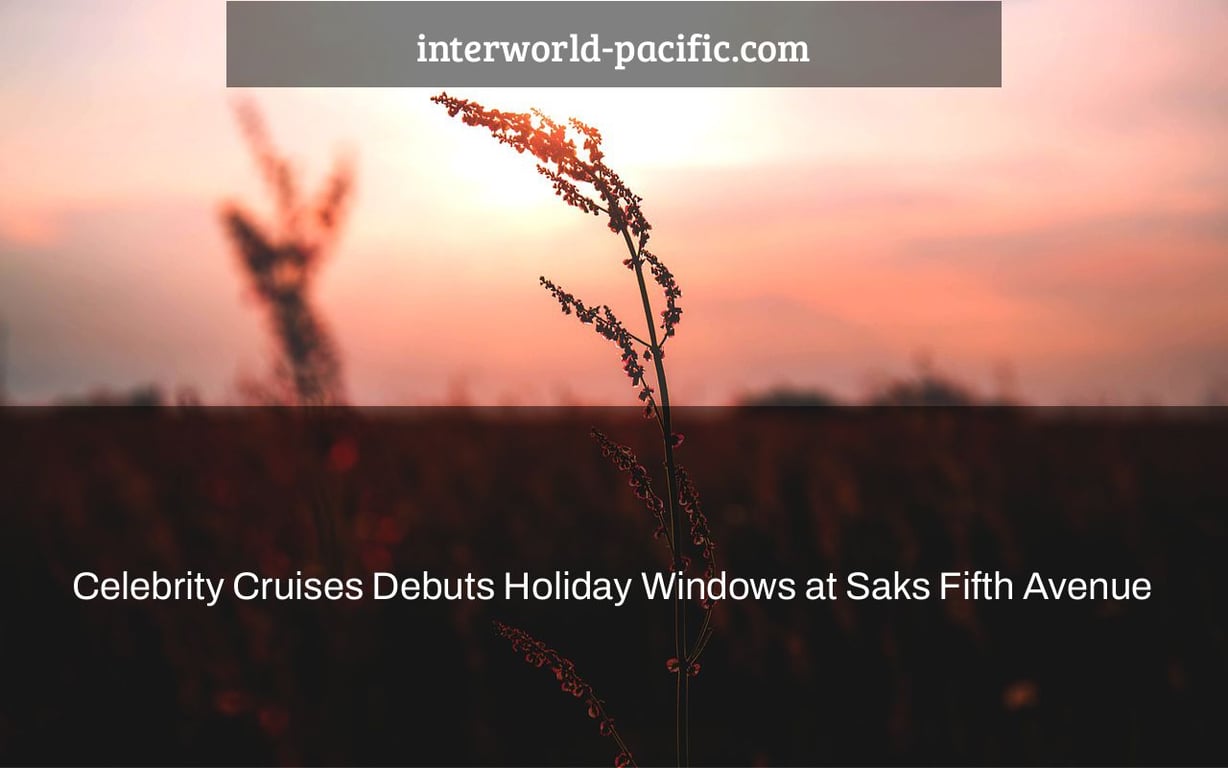 Many people look forward to seeing Christmas light displays, themed windows, tree lightings, and other decorations throughout the holiday season, and Celebrity Cruises has participated in the fun at Saks Fifth Avenue in New York City. The travel-themed windows highlight new and exciting locations onboard the Edge Series ships, including Chef Daniel Boulud’s Le Voyage, which will debut on Celebrity Beyond next year.

Travelers are enthralled by the holiday windows.

Saks Fifth Avenue is a long distance from the main cruise destinations in the winter, but its magnificently adorned, themed windows attract millions of eager tourists every Christmas season.

“This is a first-of-its-kind relationship for the cruise industry, and it’s incredibly meaningful to Celebrity,” said Michael Scheiner, Celebrity Cruises’ chief marketing officer. “It’s an exciting and crucial method for us to appear in innovative ways in places where our visitors are traveling,” says the company. This will be one of the brand’s many firsts in the next year.” 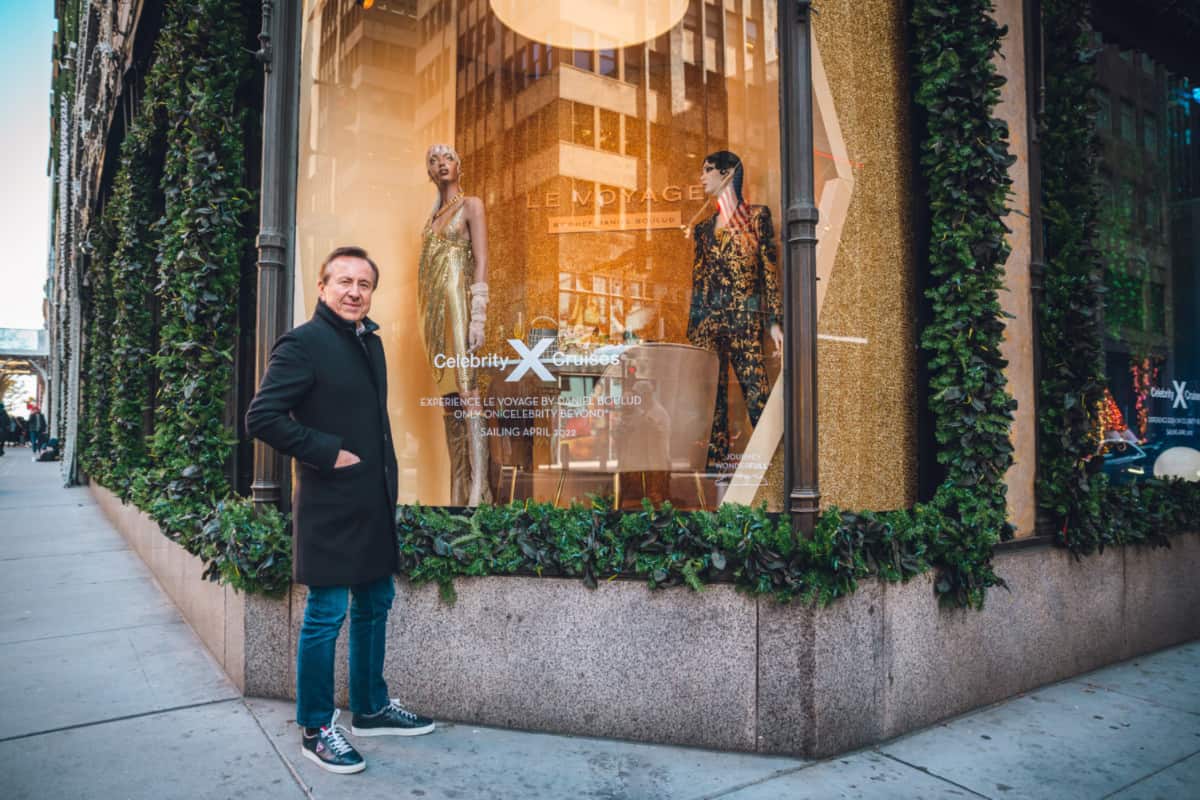 At Saks Fifth Avenue this year, eager passengers and Christmas window shoppers may get a look of two of Celebrity Cruises’ most inventive and intriguing destinations. The first is the Eden window, which was inspired by the landmark space’s transforming setting and the dramatic acts it presents.

More about the Celebrity Edge Cruise Ship: Overview and Activities

Eden is a unique blend of gastronomic and entertainment options that transitions from calm, restful mornings to fun, thrilling afternoons to spectacular, dramatic nights. This three-story building is totally enclosed in glass, with unrivaled ocean views, outdoor seats for private dining, and over 11,800 square feet of event space. Lookout spots and a meandering trail are included on each level, allowing you to explore this peaceful and calming environment.

Eden is gradually becoming a popular place for all Celebrity Cruises guests, with culinary workshops, wine-tasting seminars, and immersive performances. The area is only accessible aboard the Edge Series ships, which include the Celebrity Edge, which launched in 2018, the Celebrity Apex in 2020, and the Celebrity Beyond, which will debut in 2022. 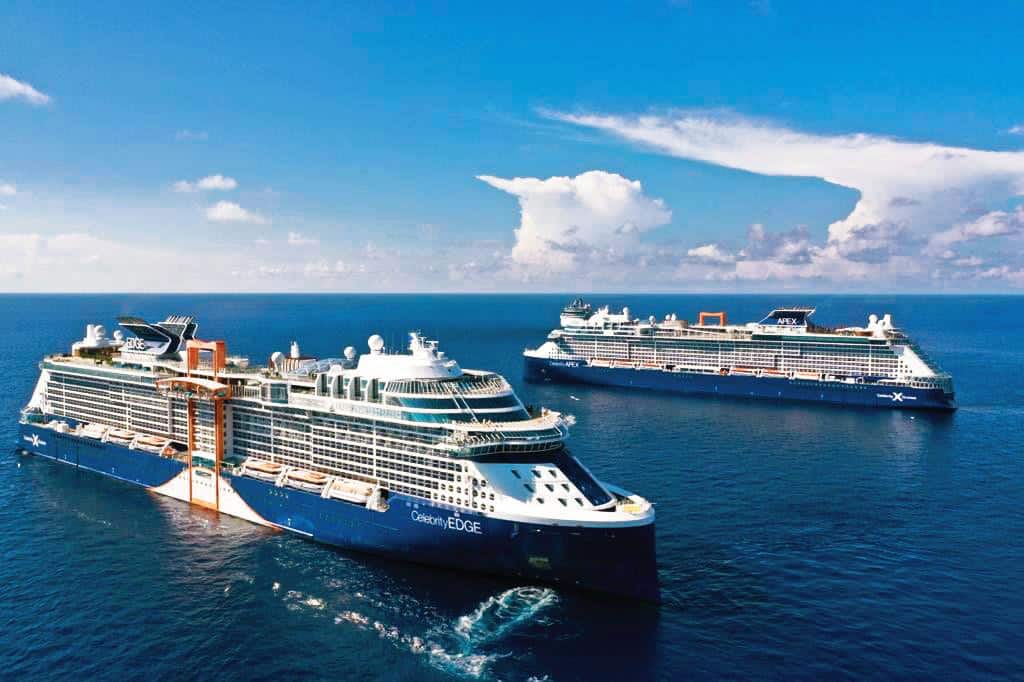 The second Saks Fifth Avenue themed display features Chef Daniel Boulud’s Le Voyage, which will debut on Celebrity Beyond when she sails in April 2022. The welcoming warm light and small and upmarket ambiance of Boulud’s first trademark restaurant at sea inspired the window.

Innovative meals are inspired by travel, and the globally-inspired tastes that Boulud has poured into the menu will take diners to the areas where their creations were inspired.

Only offered aboard Celebrity Beyond, Le Voyage is a speciality dining choice that serves lunch and supper. The restaurant also has an award-winning wine cellar, where sommeliers will recommend the best wine to suit with each meal that guests order.

“Celebrity Beyond is the third ship in our award-winning Edge Series, which has rocked the cruise industry, and we wanted to do something special to honor her,” Scheiner added.

The Christmas windows are now on display and will remain so until January 1, 2022. 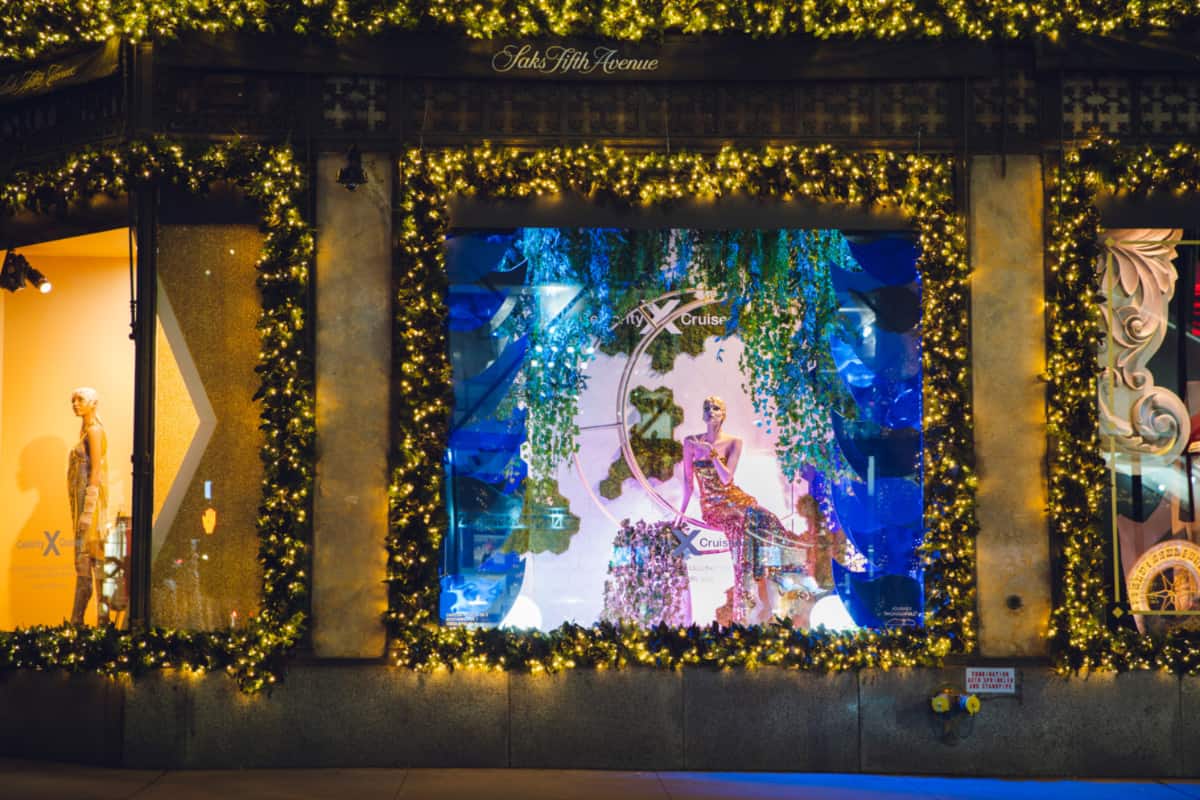