Delta Air Lines, the second largest airline in America created a new app called Passport to help their customers check-in and print boarding passes on mobile devices. The company is also working with GateGuru, an independent ticket agent that uses AI algorithms to predict demand for flights by price point or number of seats. Delta CEO Ed Bastian believes this move will reduce travel time through airports significantly as well as making it less stressful for passengers and more cost effective than human agents who are often impacted by workflows other humans cannot understand quickly enough due to volume.

Delta Air Lines wants to know if elites will use check-in kiosks instead of airport agents. Delta has been testing the technology, and believes that it is a more efficient way to handle check-ins. Read more in detail here: delta check-in. 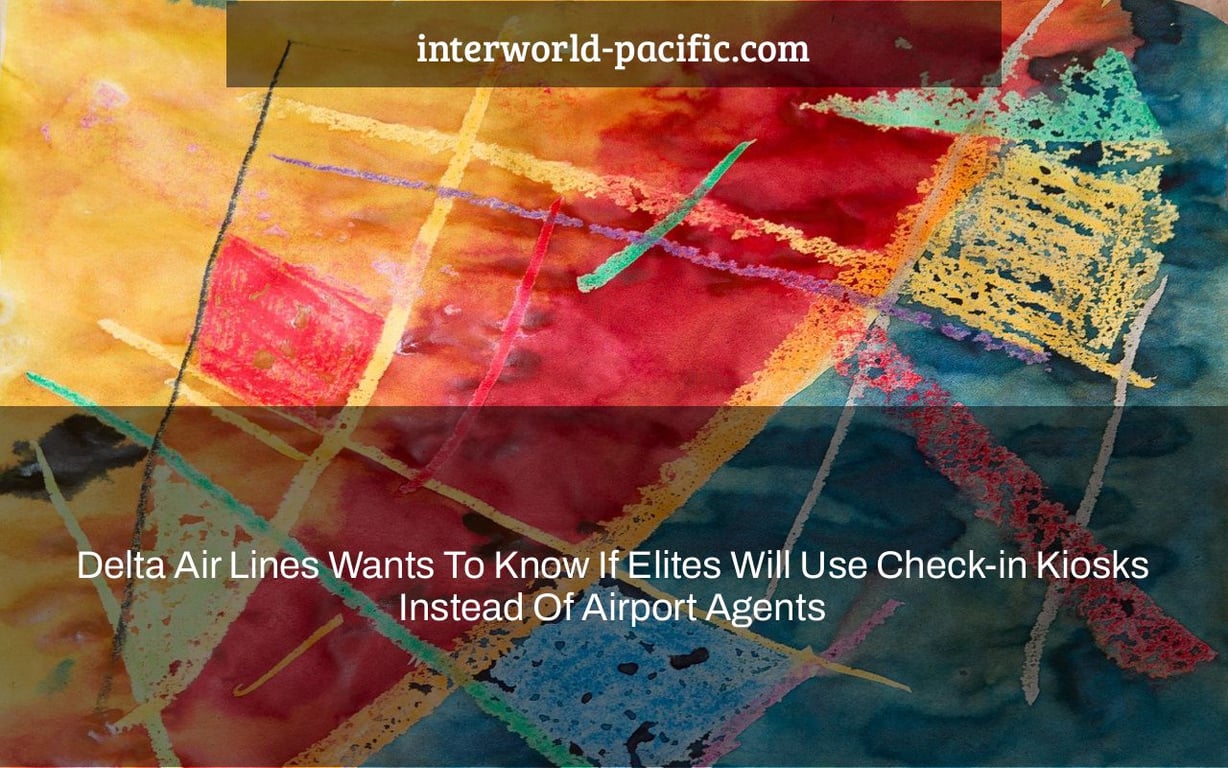 Delta Air Lines is curious whether elite passengers would use check-in kiosks instead of airport agents.

Delta Air Lines wants to know whether they can save money by staffing VIP flyers’ check-in desks with agents. They’ve been pushing regular travellers to use self-service kiosks for years, while also providing full service to their most loyal clients.

They’re polling their customer focus group, which is mostly made up of elite clients, to see whether they use kiosks for anything other than air travel, what features they want from kiosks, and if the pandemic has made them more receptive to the idea of switching to kiosks (less human interaction).

They want to know if you prefer personnel or kiosks first. This is a bit binary, in my opinion. It frequently depends on the kiosk and the workers (some are polite and helpful, while others are not). Some provide a positive user experience — they are swift and efficient – while others place an undue strain on the end user. People can adapt to the demands of the consumer, but computers are often configured to send everyone through the same one-size-fits-all funnel. Why aren’t there any kiosks available for advanced users? 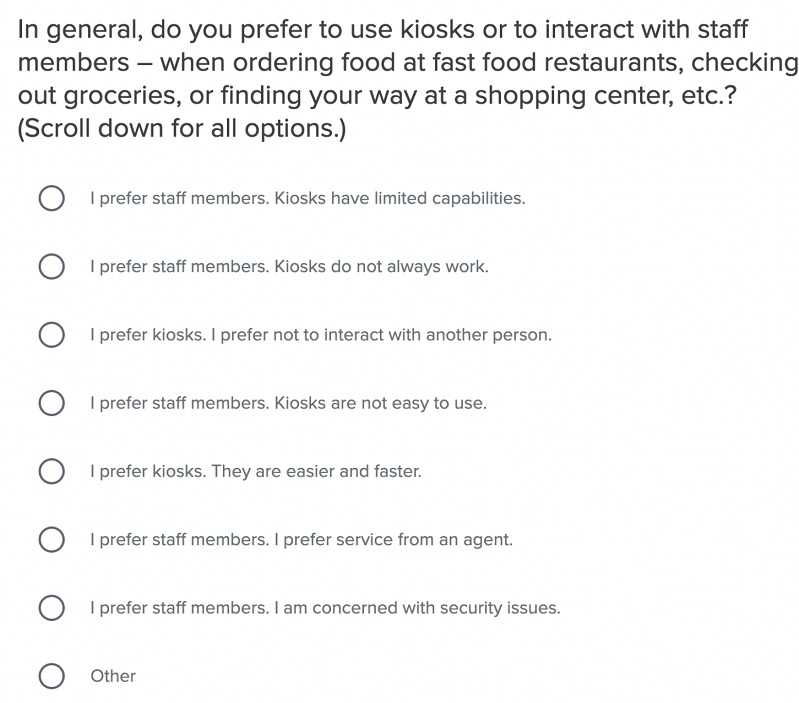 If you do, why do you think you’d use a kiosk? 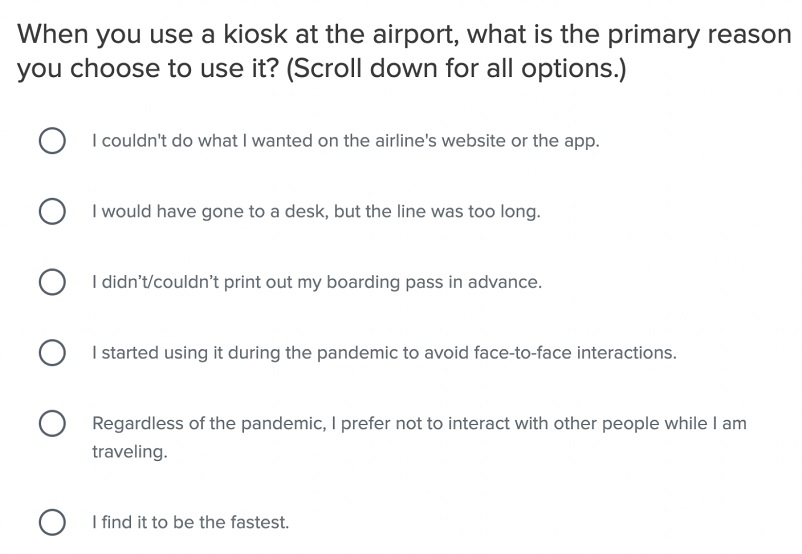 Do you think the epidemic has made you more receptive to kiosks? This is a strange question, in my opinion. In certain aspects, there is a trend toward less human engagement. When you fly, though, you’re already at an airport, which usually lacks enough ventilation and air filtering. And, although Covid is transferred mostly by aerosols rather than fomites, we’re more sensitive to germs in general, and don’t tell me they are always clean.

What are the most important kiosk features to you? This puts the cart ahead of the horse in certain respects. I’d do more on a kiosk that was fast, in expert mode, and didn’t need me to go through a lot of choice trees or acknowledgment screens. 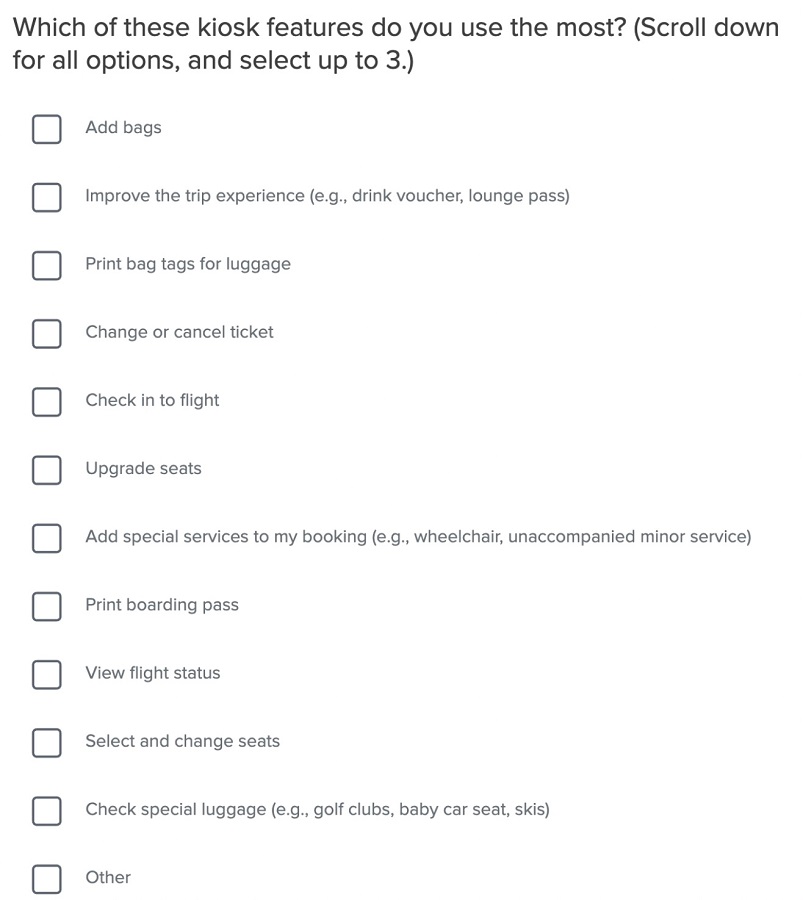 Finally, they want to know how to make you more inclined and likely to utilize a kiosk, since the eventual aim is to cut counter personnel expenses associated with frequent flyer assistance. 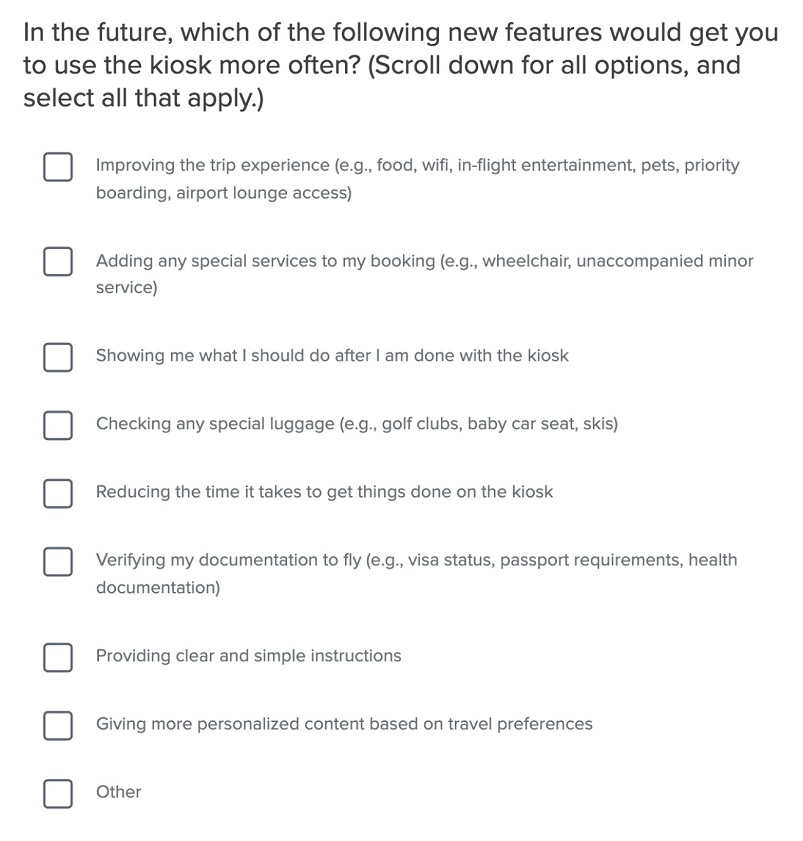 Kiosks in the United States are too sluggish and take too long to complete basic operations. There are much too many screens to look at. When I need to check my luggage, waiting in line for a kiosk takes longer than standing in line for three persons ahead of me. When there are four or more people ahead of me, I’ll utilize a kiosk. However, I don’t expect to see a kiosk experience that is better than an elite agent experience in the short or even medium future.

When you travel, do you utilize a kiosk? What would entice you to utilize a kiosk more frequently? Fulfill you worry if elite line personnel is decreased if the kiosks do their function as intended for the audience in a user-friendly manner?

Delta Air Lines wants to know if elites will use check-in kiosks instead of airport agents. Delta is a major airline that operates out of the United States. Delta has been testing kiosks in airports to see how they work with elite travelers. The company believes that kiosks are more efficient than traditional agents because they can provide faster service and allow for self-service options. Reference: delta tsa rules.