Travelers who fly Hawaiian Airlines beginning in 2018 will be able to offset their carbon emissions by planting a tree when they return home. The program is part of the airline’s “Go Green” initiative, which began earlier this year with its inaugural sponsorship of the global clean air and climate action campaign 5G for Climate.

Hawaiian Airlines has announced their new Carbon Offset Program. This program will allow passengers to offset their carbon emissions by purchasing a ticket on Hawaiian Airlines and donating the equivalent amount of money to a project that is focused on protecting the environment. The airline also plans to return flights to New Zealand in 2019. 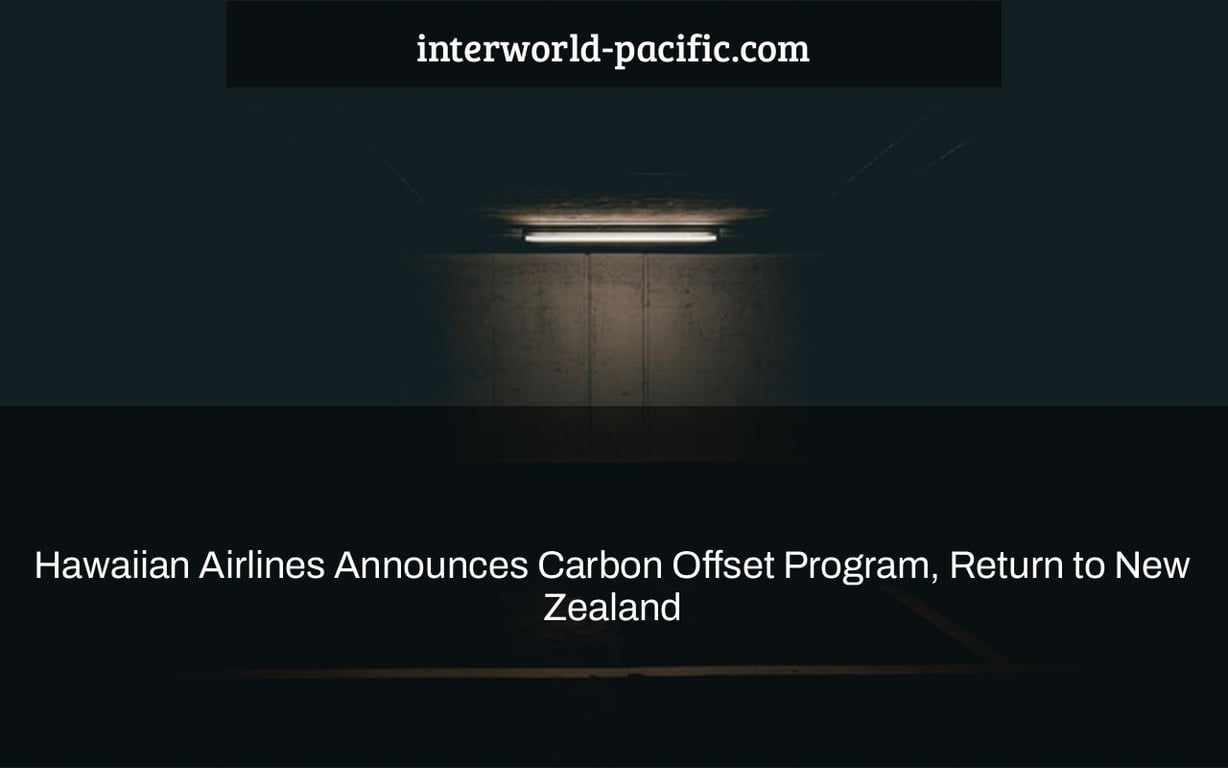 This week, Hawaiian Airlines announced a number of significant announcements, including the launch of a carbon emissions offset program for customers and the carrier’s long-awaited return to New Zealand.

The airline announced a new agreement with Conservation International that would enable passengers on any Hawaiian flight to measure and offset their carbon footprints by supporting initiatives that work to preserve forests.

To commemorate Earth Day, Conservation International will match all guest offsets throughout April, and it has pledged to offset all future staff business travel on Hawaiian Airlines flights. Passengers will be able to utilize a carbon calculator to calculate their itinerary’s emissions and donate to forest carbon programs that combat deforestation.

“We wanted to provide our customers – both tourists to Hawai’i and island residents – the chance to lessen the effect of their individual emissions while flying with us,” Hawaiian Airlines managing director Alanna James said.

“We are thrilled to have Conservation International aboard as partners in reducing our environmental effect,” James said.

Hawaiian also announced its long-awaited return to New Zealand on July 2 with the restart of three-times-weekly nonstop flights between Honolulu and Auckland, which had been suspended for more than two years due to pandemic-related travel restrictions.

New Zealanders will also have access to the carrier’s 16-gateway domestic network in the United States, which includes new destinations in Austin, Orlando, and California, as well as the option of a stopover in the Hawaiian Islands in either route.

“Our July return comes at the perfect time for Kiwis wishing to get away this winter, as they can now enjoy a much-needed tropical break to the Hawaiian Islands or visit the continental United States,” said Andrew Stanbury, regional director for Hawaiian Airlines. “With our traditional Hawaiian hospitality and exceptional onboard service, we look forward to having them again.”

Hawaiian Airlines has announced a carbon offset program that will allow customers to offset the emissions from their flights. The airline will return to New Zealand, which is one of the countries that it flies to. Reference: carbon neutral.