Heritage travel is expected to be a key trend for 2022 as people look to explore their roots and learn more about the culture of other regions. The opportunity has been worth billions for companies in Europe, Asia and North America who have helped travellers with heritage activities like guided tours, workshops or family reunions. 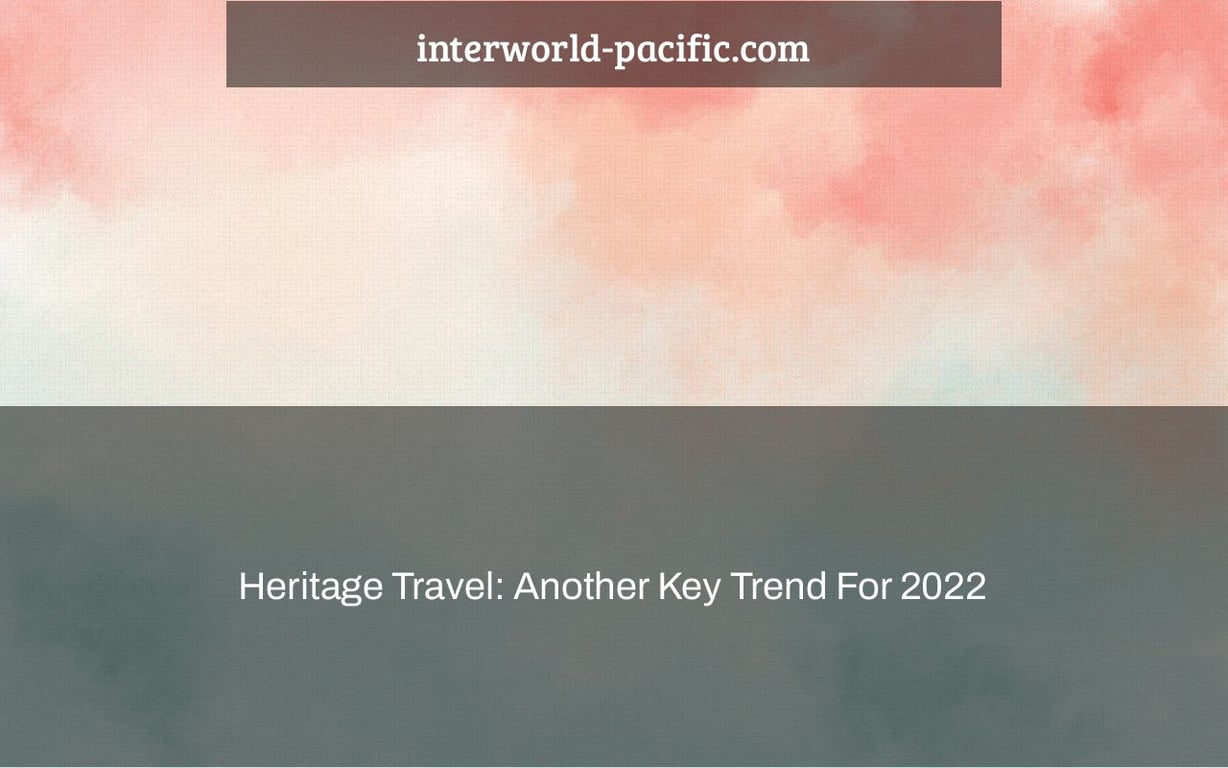 As we emerge from the worst of the epidemic and nations throughout the globe begin to relax influenza-related entry restrictions, heritage tourism may become more attractive.

This is described as travel that brings a person closer to his or her origins. Heritage travel, whether it’s visiting a country where a traveler’s grandparents or even parents were born and raised, or visiting a country about which a traveler knows little but knows their ancestors came from, is a deeply emotional experience that combines cultural immersion with a traveler’s own heritage.

Because so many Americans are descended from immigrants from all over the globe, heritage tourism is very significant to them. In late January, Priceline polled over 1,300 folks throughout the nation and discovered that advisers and travelers should get aware with this emerging trend.

Heritage tourism, according to one-third of Americans (34%), is a meaningful way to travel. It’s more likely to be a popular trend among younger generations, particularly those under the age of 55. Heritage tourism is most popular among travelers aged 18 to 34, with 38% expressing interest.

Only around one-fifth of Americans feel that heritage travel is an essential bucket list objective, despite the fact that only 22% of Americans have taken a heritage trip. Again, the two youngest generations (those under 55) are the most likely to have visited a historical site (both at 26 percent). Only 15% of those aged 55 and up admitted to taking one.

49 percent of those who had gone on a heritage tour said they felt a stronger connection to their history and ancestry, while 25% said they learnt more about themselves. Twenty-six percent of tourists said their heritage vacations were among the greatest they’ve ever experienced.

Americans who want to travel on a heritage vacation are most inclined to go overseas, with 68 percent agreeing, owing to the fact that so many Americans have ancestors from other nations. Domestic historical tours, at 60 percent, were another unexpectedly high response, indicating that Americans also want to connect with more recent heritage.

Destinations having some relevance to their family’s personal history (33 percent) and that enable them to meet with a genealogist or do on-site research to learn more are popular (29 percent). Most American heritage tourists (45 percent) would prioritize cultural events and tourism, while 43 percent would devote the bulk of their trip to study, reuniting with extended relatives, and other activities.

Some places have already started marketing themselves as historical vacation destinations. Germany, for example, recognizes that an estimated 40 million Americans claim German ancestry and has built a microsite dedicated to learning about the country’s heritage tourism, which includes genealogy tools and other information.

Travel advisers should be aware that this year may see an increase in the number of passengers seeking guidance on legacy travel and what to anticipate from heritage travelers.

VIDEO: Politician Dragged Away From Flight Over Carry On Bag Fees