With the recent ban of visa waivers for visitors from over 150 countries, one might wonder how it would impact those who visited Hong Kong to visit friends and family before this policy came into effect. This could have a devastating impact on tourism in general. 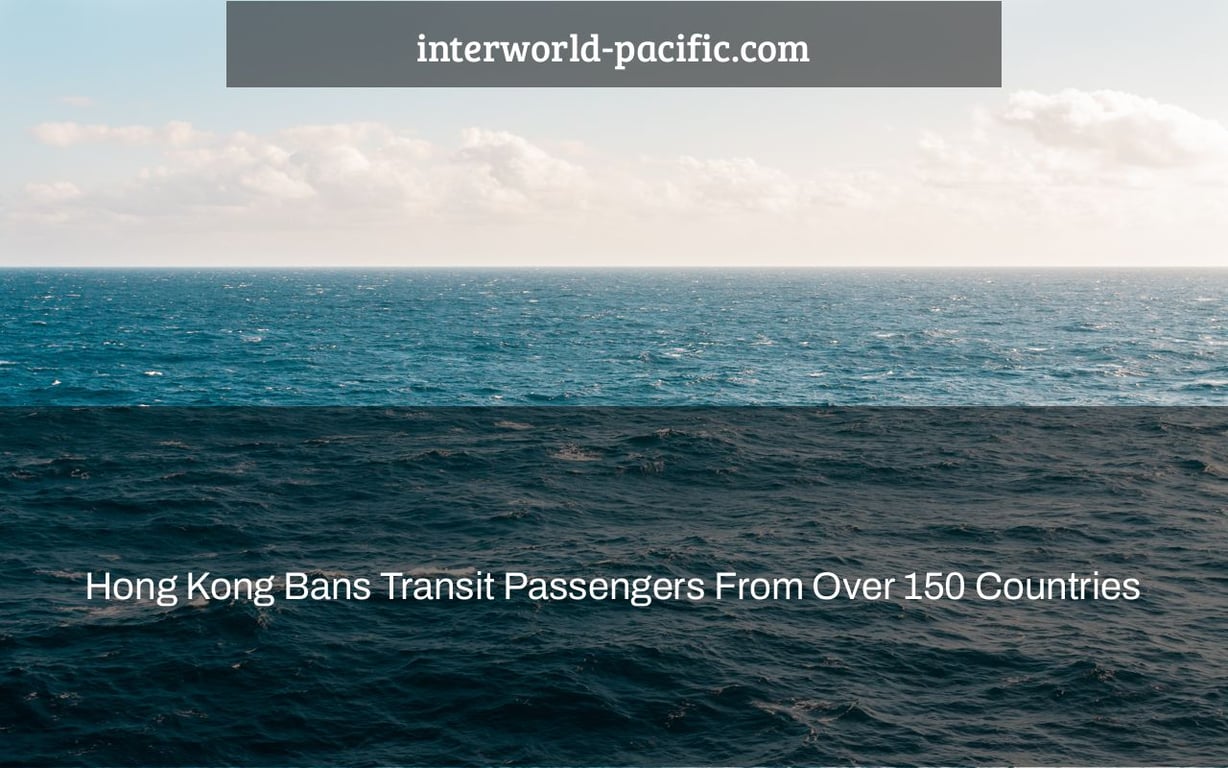 According to AP News, Hong Kong International Airport said on Friday that it would immediately prohibit fly travelers from more than 150 nations and territories from travelling through the city.

From January 16 to February 15, international visitors who have spent time in any of these 150+ countries in the last 21 days, including the United States and the United Kingdom, will be forbidden from connecting in Hong Kong.

All incoming passengers from the United States, Canada, the United Kingdom, France, Australia, India, Pakistan, and the Philippines were already subject to a two-week embargo, which began on January 7.

At the same time, Hong Kong’s chief executive, Carrie Lam, issued new local restrictions, including the closure for at least two weeks of public establishments such as bars, gyms, cinemas, libraries, museums, and other recreational venues, as well as the prohibition of restaurant dining after 6:00 p.m.

Following incidents of the Omicron strain infiltrating the city’s defenses in the last days of 2021, Hong Kong officials have made it their mission to eradicate the virus altogether.

On December 31, the busy city discovered its first confirmed community case of Omicron, which was connected to a Cathay Pacific crew member who breached quarantine by eating at a restaurant while off-duty and afterwards tested positive for COVID-19.

Since the end of 2021, more than 50 local COVID-19 infections have been detected.

Prior to it, Hong Kong had gone three months without community COVID-19 transmission and had avoided any outbreaks of the Delta form, owing to three-week mandated quarantines enforced on most overseas arrivals and a stringent set of community-prevention measures.

While According to Fortune, Lam claimed during a news conference on January 5 that “we have yet to witness a fresh wave; we feel we are on the edge of another epidemic.” “We know that once an epidemic of Omicron occurs, it is impossible to suppress it,” she continued.

While most nations seem to have acknowledged the difficulties of totally managing the highly infectious Omicron form and are instead focusing on reducing transmission, Hong Kong has adopted mainland China’s stricter zero-COVID policy.

As part of its “circuit-breaker” plan, Chinese authorities have also halted hundreds of incoming flights from other nations since the end of 2021. China’s aviation authorities have ordered a two-week suspension of flights if more than five passengers test positive after arriving, and four-week suspensions of routes where more than ten passengers test positive after arriving.

Check out our interactive guide for the most up-to-date information about travel throughout the world:

Subscribe to the daily email for the most up-to-date travel news, information, and offers.