JetBlue’s key executive who left for Delta in January is already moving to American Airlines, according to a new report. With the 2019 merger between Alaska Air and Virgin America being finalized, it seems like only a matter of time before JetBlue loses its top talent too. The airline has been reduced from 15 flights every day down to 8 as they continue their losses- having lost $40 million last year despite record profits in 2018 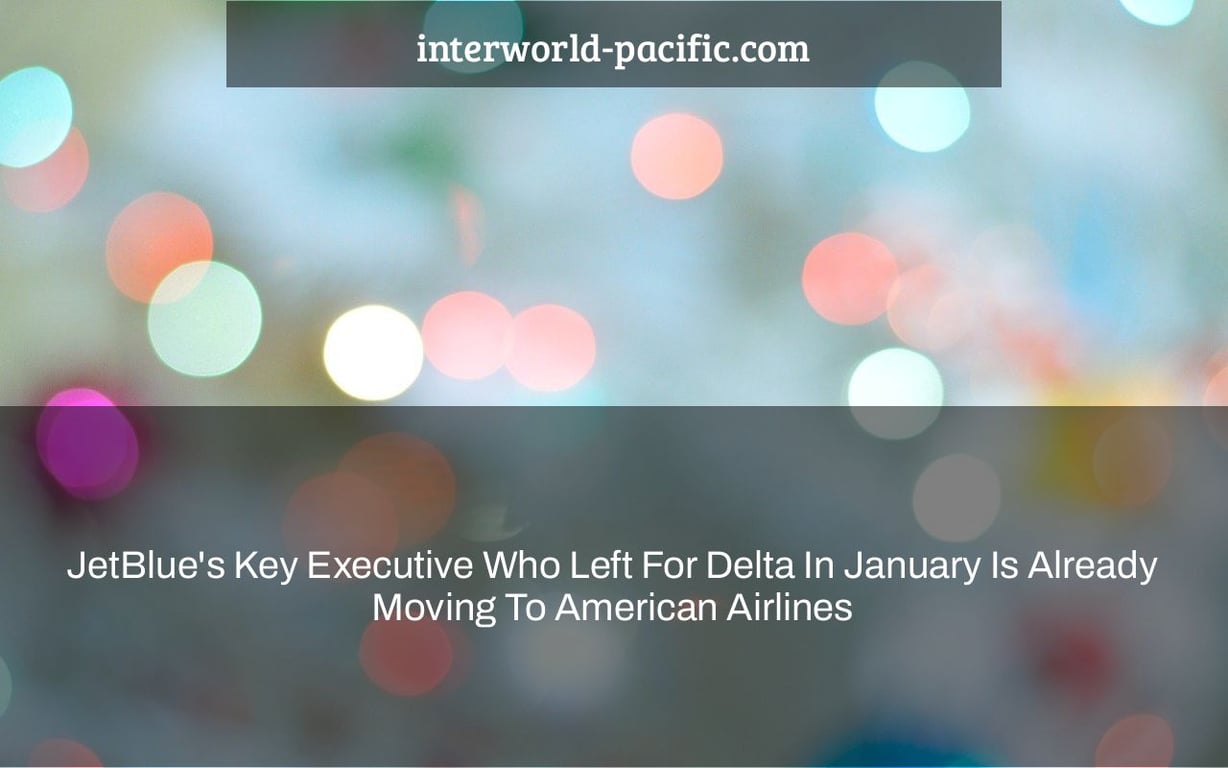 In January, Delta hired JetBlue’s Head of Revenue and Planning. Before joining Delta as Vice President of Network Planning, Scott Laurence was the architect of JetBlue’s “Northeast Alliance” with American Airlines.

It was an unexpected move. The understanding of the American-JetBlue plan he was bringing with him caused shockwaves across the company. The partnership between American and JetBlue allows them to compete against Delta. The Department of Justice is seeking to block it, in part at Delta’s request. Delta also snatched one of the most important insiders who may aid in the struggle.

Laurence left Delta in February, and that was the end of it. It was all a huge mystery to me. But now, according to Alison Sider of the Wall Street Journal, he’s reappeared, heading to American Airlines:

Scott Laurence was involved in the creation of a partnership that was expected to assist JetBlue and American take on Delta and United. He then moved to work for Delta Airlines. He’s now on his way to America, in a fresh twist.

It struck me as odd that a senior executive at JetBlue could leave for Delta without a non-compete agreement in place. Senior executives of American Airlines, on the other hand, do not have them.

All of this creates a lot of questions for which I don’t have many solutions. I worried whether attorneys and secret information were involved when he came and quickly left Delta. Perhaps the danger of his association with Delta was so high that American Airlines backed up a vehicle to entice him away before he could divulge anything? And one has to wonder whether he picked up any secrets while working at Delta that he will bring back to the Northeast Alliance!

The guy, on the other hand, will have worked in a senior role for three separate airlines in less than two months, and it’s all so… strange. At the very least, we now know what he’ll be doing at American. Zach Griff is told by the airline,

Laurence will join the Fort Worth-based airline in a brand-new position designed just for him. He’s in charge of a team that supervises oneworld alliances, cobrand (not to be confused with loyalty), and NDC, or new distribution capability, an industry technology that allows airlines to sell and promote their goods more effectively.

When Laurence begins his new role in the coming days, he will report directly to Vasu Raja, American’s chief commercial officer.

Because there is no Vice President in charge of American AAdvantage, the team was divided between all things linked to air travel on the one hand and the selling miles (partner) business on the other in a re-organization that emphasizes unambiguous responsibility on revenue generation.

Norwegian Cruise Line Cancels Sailings for One Ship Due to Redeployment