Royal Caribbean has released the first images of its new cruise ship, Quantum of the Seas. With a price tag of $1 billion, it is one such vessel that promises to be “the future” in how people travel and live aboard ships. 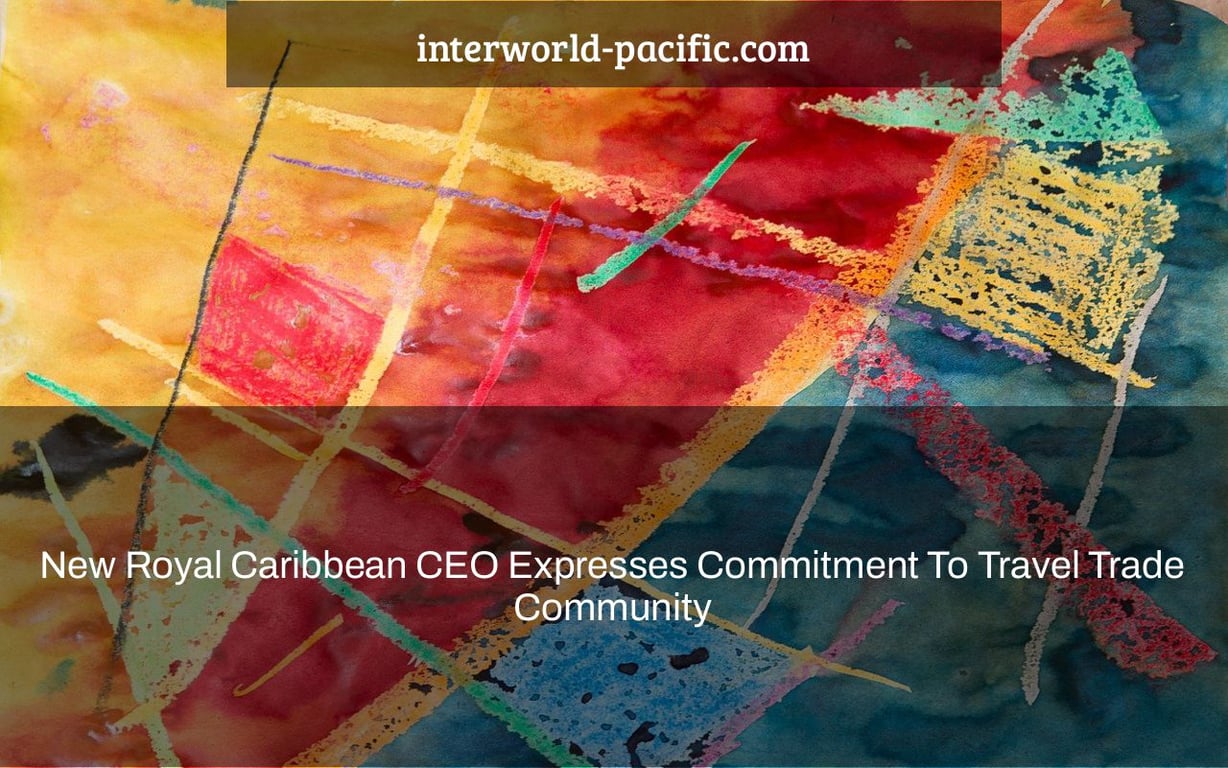 He emphasized his support for the travel agency community throughout the discussion, saying that they “help bring forth why cruising is such a terrific experience.”

Liberty was introduced to the travel agency community through a virtual conversation. The new president and CEO is an RCI veteran, having joined the business in 2005.

During his Q&A with Freed, he shared details about his family (Liberty is dad to two sets of twins) and about his dedication to Royal Caribbean and to cruising.

“My favorite position was the company’s head of strategy,” he remarked. “It was a period when we needed to globalize our company strategy since we had big expansion goals.”

After replacing previous president and CEO Richard Fain, who was known as an advocate for travel agents, Liberty reiterated his commitment to Royal Caribbean’s travel agency partners.

Liberty said that he intends to “listen and learn” throughout his first 100 days in office.

“I spend time with travel partners, consumers, and workers,” he said, “so I know what they’re looking for.”

Simultaneously, he said that returning to duty is critical and a top priority.

“As we emerge out of this, we need to make sure we’re accelerating,” Liberty added.

Royal Caribbean is still promoting and selling, according to both Liberty and Freed.

When asked when he expects the industry to recover, he said, “I believe there is a lot of momentum… We’ve reached a point where the variety is greater, which we love, but in the long run, people want to travel and collect wonderful experiences, and there’s no better platform than cruising to do so “Liberty said.

He also said that Royal Caribbean is still investing on its commercial engine.

He said, “We have not sacrificed our visitor experience.” “We’ve built a solid long-term company.”

When asked whether there are any silver linings to the epidemic, Liberty said that we have all learnt to appreciate what we have.

“You value your friends, partners, and colleagues,” he said. “This has instilled a strong feeling of high-level teamwork and shown that we are capable of doing anything. Our industry was struck by an asteroid, yet we managed to survive.”

Coffee Talk also talked with Charles Sylvia, CLIA’s vice president of industry and trade relations, on how the organization is assisting travel agencies in sorting through all of the conflicting information regarding cruising and talking to customers.

“We’re not going backwards,” Sylvia said emphatically. “We’ve put forth a lot of effort to find this out. We require your confidence and sensitivity, as well as your ability to communicate with your customers in a knowledgeable manner.”

CLIA sent out a slew of material, including a lot of bite-sized figures that travel agencies may simply reference, he said.

He said, “We got together with our worldwide cruise line members and travel trade members and sent out a ton of material.” “When they call to cancel an appointment. Request that customers refrain from canceling and explain why. Make use of two or three fast statistics.”

Freed also provided words of optimism to travel brokers, emphasizing that the situation will not persist indefinitely.

“You can’t stop the wave,” she said, “but you can learn to surf.” “Over the past couple of years, I believe we’ve all improved as surfers. There is no such thing as an endless wave.”

The First And Only 150,000 Mile Airline Credit Card Offer Is Back