Norwegian Cruise Line Holdings Ltd. released its business update for the first quarter of 2018, revealing a net profit increase from $14.7 million to $18.3 million due primarily to increased revenues in cruise and shore excursions which were combined with fleet expansion costs that dropped by 16%. 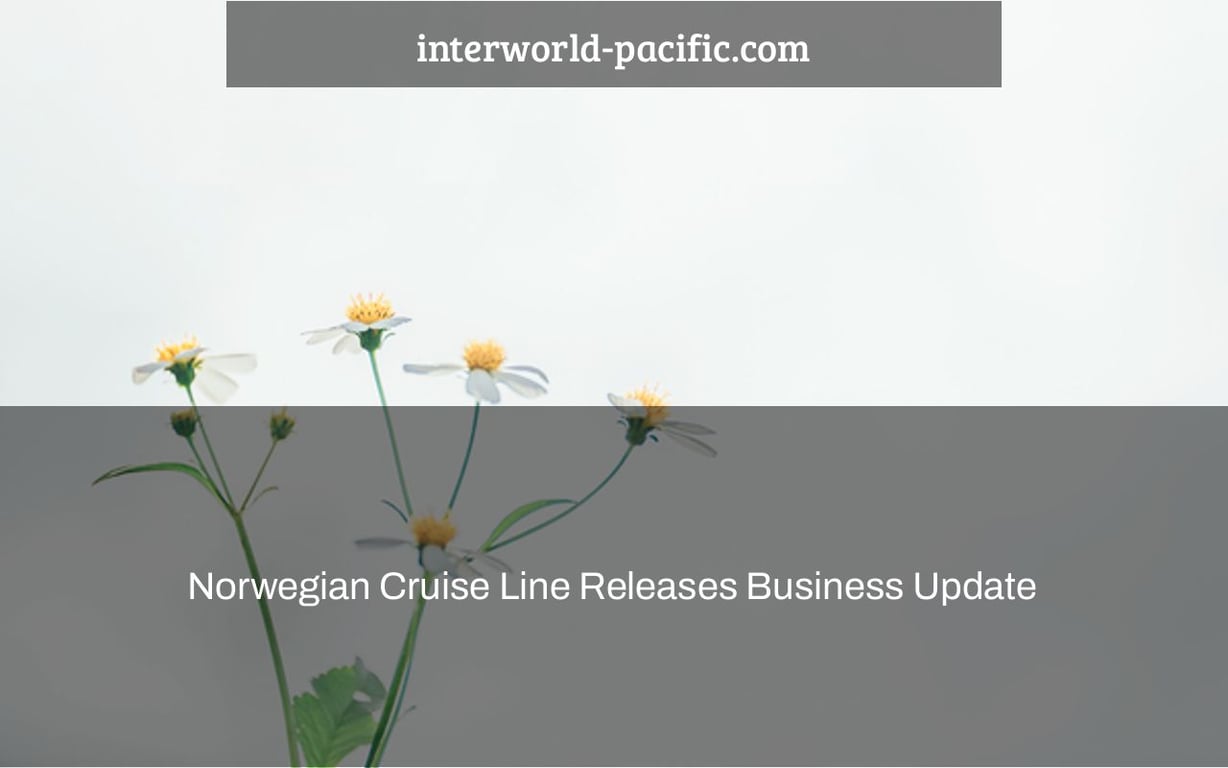 After the firm provided a business update, including fourth-quarter and full-year 2021 financial data, Norwegian Cruise Line Holdings (NCLH) stocks fell to their lowest position since November 2020. The rapid spread of Omicron and its impact on reservations and canceled sailings have had a significant impact on the results.

A wider-than-anticipated loss, revenue that fell short of estimates, cash burn that is likely to accelerate, and, of course, a general discomfort towards travel stocks owing to Russia’s invasion of Ukraine are all factors that contributed to the stock’s plunge to little over 19 dollars per share on Thursday.

The financial statistics reported by NCLH reveal that the end is not yet in sight as the tourism and cruise industries struggle to recover their losses. Despite the fact that COVID-19 is on the decline and becoming less of a concern, NCLH’s business performance have suffered in recent months.

That being said, the cruise line’s situation is far from hopeless. Norwegian has welcomed almost 230,000 visitors aboard its three brands since late July 2021, when the company’s ships began to return to operation.

NCLH has also experienced a decrease in COVID-19 infections aboard its ships, with infection rates significantly lower than those reported onshore, which has led to less stringent health precautions. landed on the beach. Despite this, the Omicron variant’s impact has led Norwegian equities to plummet to their lowest level in 16 months.

During the fourth quarter of 2021, bookings and sailings will be severely impacted.

Bookings for the first half of 2022 have fallen short of expectations. Although Norwegian delivered positive results in the early half of the fourth quarter, the consequences of Omicron were apparent in the second half, particularly for close-in trips in the first and second quarters of 2022. These figures are expected to improve in the second half of 2022, according to CEO Frank De Rio:

“Despite the difficulties posed by the implications of the Delta and Omicron COVID spikes, our booked position and pricing remain solid, especially for the second half of 2022 and into 2023, indicating the strong underlying demand for our cruise products,” Del Rio added.

The Omicron variant also resulted in the delay of numerous vessel restarts, the cancellation of trips on other boats, and a self-imposed capacity restriction of just 51.4 percent. The company’s cash burn rate will suffer as a result of this.

While the fourth-quarter burn rate was expected to be 350 million, it was only 345 million, but forecasts for the first quarter of 2022 are now at 390 million. This is owing to the higher expenses of restarting more ships than originally anticipated.

The Company’s total debt was $12.4 billion as of December 31, 2021. Cash and cash equivalents, short-term investments, and a $1.0 billion commitment available until August 15, 2022 made up the company’s liquidity of $2.7 billion. During the second quarter of 2022, NCLH intends to be cash-flow positive.

The invasion of Ukraine by Russia has placed global travel stocks in jeopardy. Even though visitor numbers are improving, the cruise sector may face some challenging times as a result of increased gas and fuel costs.

Bookings for the second half of 2022, on the other hand, seem to be solid. Bookings are expected to be at the same or greater levels as the record-breaking 2019, with higher price, once the complete fleet is operating again in the summer.

“As we approach 85 percent of our capacity, which we plan to be operational by the end of the first quarter, momentum continues to rise. “As we aim to attain positive Operating Cash Flow in the second quarter, we are laser-focused on executing our financial strategy on the way to our next big milestone,” said Mark A. Kempa, executive vice president and chief financial officer of Norwegian Cruise Line Holdings Ltd.

Despite optimistic indicators in terms of reservations and visitors sailing aboard, the previous several months have taught us that something unexpected is on the way.

The present upheaval in Europe as a result of Russia’s invasion of Ukraine demonstrates this, and it will have a detrimental impact on gasoline costs, which have already increased by about $100 since 2020, as well as cruises in the Black Sea and Eastern Mediterranean.

A: Unfortunately, Norwegian Cruise Line is not open for business. This company has been declared bankrupt and will not be back in the market anytime soon.

Will Norwegian Cruise Line come back?

A: Norwegian Cruise Line is a cruise line company that provides cruises to Caribbean islands, Mexico, and the Bahamas. They are currently not offering cruises because they were purchased by Carnival Corporation in 2013 when they filed for bankruptcy.