Allure Travel released a new Viking cruise itinerary, including excursions through the Arctic Circle and Antarctica. The company’s goal is to create “an unforgettable experience with one of man’s greatest achievements” by exploring these regions as well as previously uncharted territory in Iceland, Greenland, Norway and Russia.

Viking Cruises is a company that specializes in luxury cruises. They have announced their plans to reach all seven continents with expeditions. 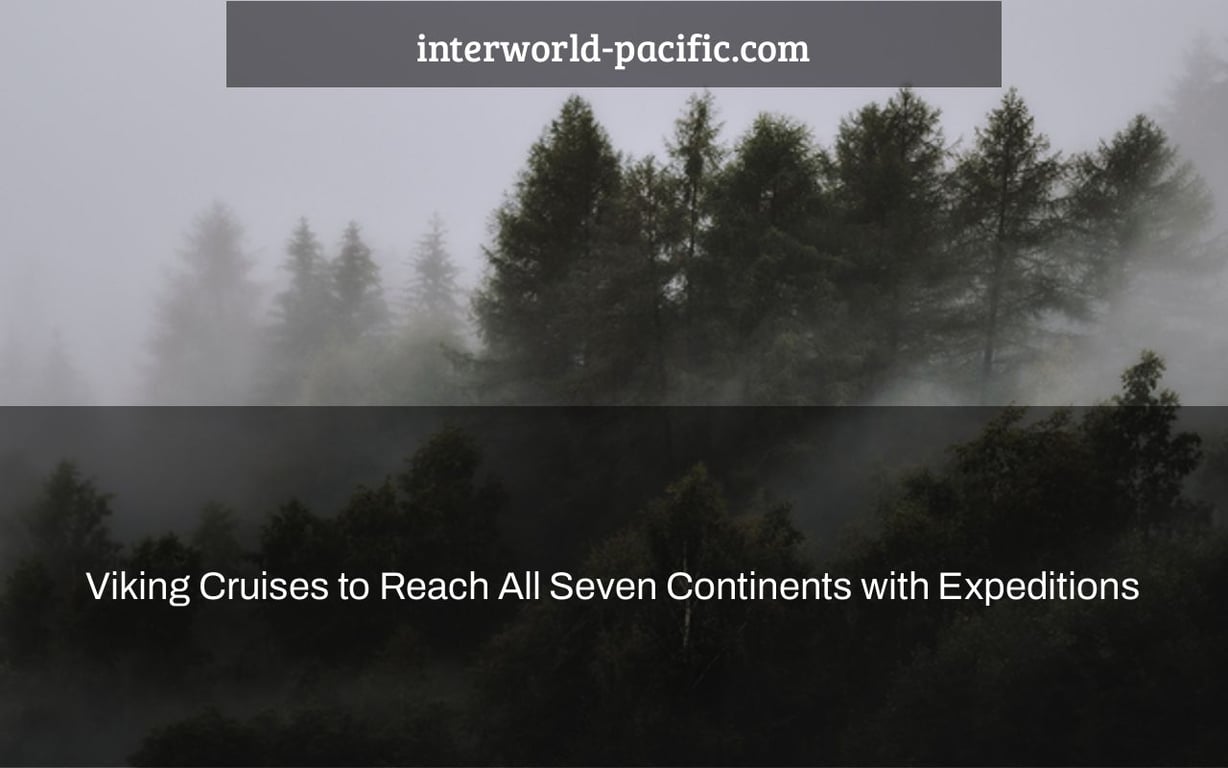 Viking Cruises, a global pioneer in distinctive destination cruising, has really gone global with the launch of the new purpose-built Viking Octantis in Antarctica, taking the brand to all seven continents for the first time. This is a fantastic way to celebrate the company’s 25th anniversary, and it puts cruisers in close proximity to some of the world’s most beautiful places.

Viking is now on route to Antarctica.

Viking Octantis’ Antarctic season has started, and the 13-day Antarctic Explorer itineraries, which involve navigating the legendary Drake Passage and Cape Horn, as well as shore visits on Antarctica, have received rave reviews.

Guests may expect to see whales, seals, penguins, albatrosses, and other wildlife from fantastic locations throughout the journey. The Finse Terrace, for example, is an outdoor lounge area just above sea level with recessed, heated sofas and lava rock firepits, allowing passengers to enjoy the ship’s amenities while taking in the spectacular view.

Expert lectures and partnerships with leading programs from the Scott Polar Research Institute at Cambridge University, The Cornell Lab of Ornithology, and the National Oceanic and Atmospheric Administration, as well as other prestigious institutions, provide guests with opportunities to participate in ongoing research programs to study and protect “The Ice.”

“Viking Chairman Torstein Hagen remarked, “Antarctica has long inspired the most daring explorers; for many, experiencing the ‘White Continent’ is a once-in-a-lifetime experience.” “With the launch of the Viking Octantis, we are providing our visitors with the chance to explore this unique region of the globe in luxury and safety.”

Guests who have sailed on this new ship since it first set sail in January have had nothing but wonderful things to say about it, complimenting not just the ship, but the overall Viking Expeditions experience.

“It felt good to be so sure of myself.” The sights we’ve seen up close and stepped into the true ‘White Continent’… It’s quite amazing to be in the snow, to be able to hear the penguins and birds.” –Edna K. –Edna K. –Edna K

“It’s one of the finest experiences of my life because of the Viking experience and the Viking people.” Ken K. is a writer who lives in New York City.

Viking Octantis will spend the brief Austral summer in Antarctica before going north to be named by her ceremonial godmother, Liv Arnesen, in April 2022 in New York City. Arnesen was the first woman to ski alone and unassisted to the South Pole in 1994, and she sailed aboard the Viking Octantis during the ship’s first two Antarctic missions earlier this year.

Exploring Each of the Seven Continents

Other Viking ships are travelling across the globe while the Viking Octantis travels through Antarctic seas.

“We wanted to do things differently when we began Viking 25 years ago, and our purpose has resonated with inquisitive travelers ever then,” Hagen added. “Our visitors are enjoying journeys north of the Arctic Circle and south to the Antarctic Peninsula this week, as well as many other excellent places in between,” says the company.

Viking’s hallmark dedication to a deeper, more meaningful experience is present in each encounter, without losing the luxury passengers anticipate on these incredible vacations. At the same time, the firm is dedicated to environmentally friendly, ethical travel in order to conserve the distinctive locations it visits.

With these features, tourists can be certain that they are exploring some of the world’s most fragile ecosystems and habitats in a safe, responsible manner that will allow future generations of travelers to enjoy these locations as well.

The “7 continents names” is a company that will take you on an expedition to the 7 continents. They have expeditions in North America, South America, Europe, Asia, Africa, Australia and Antarctica.

How much does a Viking world cruise cost?

Are Viking Ocean Cruises All Inclusive?

A: All Viking Ocean Cruise packages are all inclusive.

What is a Viking expedition cruise?

A: A Viking expedition cruise is a type of adventure travel that entails walking and camping on an island, while also learning more about the culture of those living there.

Marriott Elite Breakfast Doesn’t Have To Include Coffee, That’ll Be Extra For Juice Too Ms. Titanium Elite